Today we have a special interview with BG, our Chief German Translator and representative during Gamescom 2018 in Cologne, Germany. Those following our Gamescom 2018 coverage would know that BG was able to get his hands on the showroom demo of Ace Combat 7: Skies Unknown. He managed to play the demo many times to get a general feel for the game through the limited version of Mission 6: Long Day. A video of his game play is available on our YouTube channel. The interviewer for this being Santiago "Cubeboy" Cuberos (CB).

How do the flying physics compare to the ones present in previous games? (i.e. AC4, AC5 and ACZ)

​It is hard to compare the physics to the other games of the series. The way the planes flew was something completely different from anything I experienced. I would say, the game which I would compare it to is Ace Combat X. It felt so real, even though I never flew a real plane myself.

When activating afterburner did the plane accelerate in a controlled fashion or was it too sudden?

Did you notice any graphical glitch or stutter (FPS drop) while you played?

The graphics were way better than anything I saw in previous games. I would dare to say, they are like a mixture of Ace Combat 6 and Ace Combat Infinity graphics, but with massive improvements in the details. The only thing I can say something negative about is that when you look closely at the explosions they do not seem completely smooth and perfect, but I think I am nitpicking at this point. ​

The landing itself was also really smooth. It felt like you had a bit more freedom than in AC4/ACZ. It also felt like you have to be more cautious with landing than usual, but that could just be me. It was a great experience either way.

Was the lock-on system reactive?  Did target acquisition feel intuitive or did the game target unwanted objectives?

The lock-on system was really quick no matter what the target was. The game itself sometimes locked onto a target that I didn't want to attack while I switched targets. This resulted in having to take another run onto my intended target, but it wasn't a problem to me.

How did the 8AAM work when compared to the previous iterations of the same weapon? What other Special Weapons were you able to test?

The 8AAM worked a bit similar to the ADMM system of the CFA-44 Nosferatu or the targeting systems from similar special weapons of Ace Combat: Assault Horizon. You could let the 8AAM lock multiple missiles onto the same target to deal massive damage. When targeting, let's say 4 targets, each target would be locked with 2 missiles. I don't know if there is an option to avoid that in the game settings. The same also went for the 8AGM ground missile. Again, one target can be locked onto 8 times ending with massive attack done to that target. It is also a nice touch to get the some small dots in the HUD UI when a target gets locked onto more than once. ​

Are High-G maneuvers available to the player? How do you activate them and were you able to use the Post Stall maneuver system?

It seems like you get the High-G turns back, you just don't have it visualized the same way like in Ace Combat 6. To make a High-G turn, you have to hold brake and throttle at the same time while pulling the flight stick back to turn. Of course, at lower the speeds, the quicker you turn but the faster you stall. I can't say anything about the Post Stall Maneuvers. I either didn't figure it out, or it wasn't available in the demo. ​

How did the gun behave in comparison to previous games and how effective was the ammo? Did it feel satisfying to use it in both an air-to-air and in air-to-ground roles?

I would say the gun has also changed completely from the previous Ace Combat games. You need to be more precise with it and from what I saw it also seems like you aren't able to deal a lot of damage with it. That could be because of my bad aim with a gun that you need to be very precise with. Maybe with some more time and practice, this version of the gun could be really deadly. ​

Can you introduce us to your assistant, Hazawa?

Hazawa got in contact with me around two weeks before Gamescom began. He asked about the stream, when it would happen and things like that. Later on while we chatted, I realized that I may need help so I asked him if he could lend me a hand. To my luck, he did. Without him, I think the livestream and the YouTube video upload would be impossible. Hazawa himself is also a big Ace Combat fan. He started with AC4 and then worked through the series. Again Hazawa, I would like to thank you for helping me the way you did. Much of this content would not be here without you.

We would also like to formally thank Hazawa for their assistance. How was the Ace Combat 7 area constructed?

To be absolutely honest, I was a bit disappointed after I saw how small the Ace Combat stand was compared to the other games from Bandai Namco. Sure, they had a big poster over the stand and some small title screen based wallpapers over the demo screens, but that was it. ​

How many people were in the line to play the demo? Did you have to wait long to get your hands on the demo?

​ The average number of people who waited there was around 20 people. But we never had to wait for long, at least no more than than 20 min. ​

How long were the game sessions?

A game session was not longer than 10 minutes. Well, I am not sure when the hidden demo timer started to count. After looking at the footage I recorded, I spent around 2 minutes 30 seconds in briefing and inside the hangar, and around 7 minutes in-flight. But the recording is missing a bit of footage at the beginning, which could mean that overall it’s 10 minutes. ​

How many times were you and Hazawa able to play the demo?

​Each of us had 4 runs, 8 in total. At the stand we switched after the first person was done. While switching to take pictures and video on the 7th run the staff started to make sure we weren't just standing there restarting the demo over and over. Their tone seemed serious, so I think they were getting annoyed with us.

I think it's safe to say you had plenty of time with the demo. After playing the game, did they give you something to remember the occasion?

Yes, we got a nice bag with a poster in it. The bag and poster are double sided. One side related to AC7, showing us an F-22 Raptor in the clouds with the "Unknown Astronaut" on the Lighthouse ISEV. The other side belonged to Soul Calibur IV.

The bag given to individuals that visited the Ace Combat 7 area. 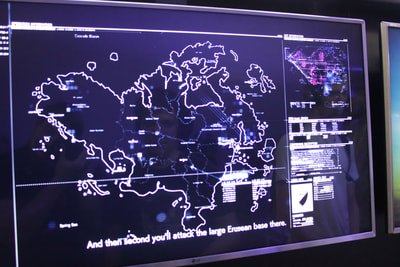 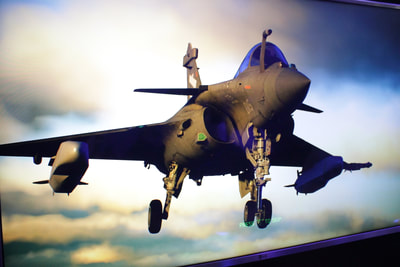 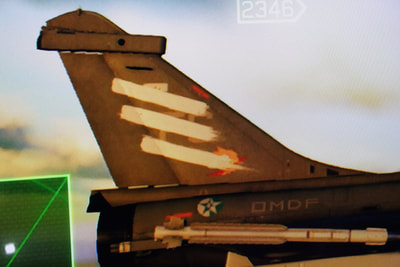 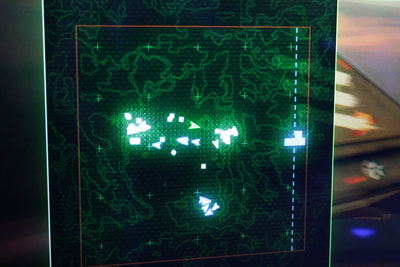 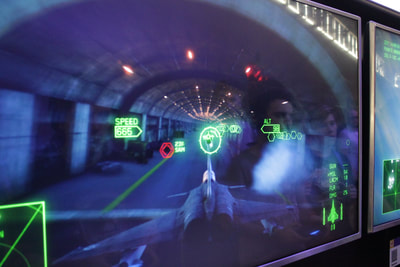 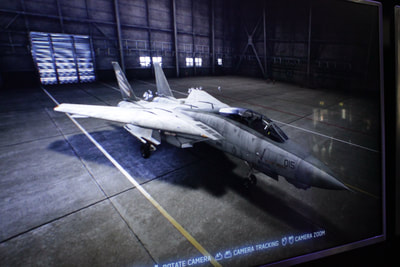 Longtime aviation fanatic with particular preference towards military aviation and its history. Said interests date back to the early 2000's leading into his livelong dive into civil and combat flight simulators. He has been involved in a few communities but only started being active around the mid 2010's. Joined as a Spanish to English translator in 2017, he has been active as a writer and content manager ever since. Twitter | Discord: Cubeboy #9034

"The Road to Ace Combat": Looking back at Air Combat 22